High in the Himalayan Mountains lies the alluring country of Nepal, with its lofty mountains, deep valleys, lush jungles, exotic wildlife and diverse peoples. Mostly known as the Land of Everest or the Birthplace of the Lord Buddha, Nepal has a variety of attractions to keep tourists coming 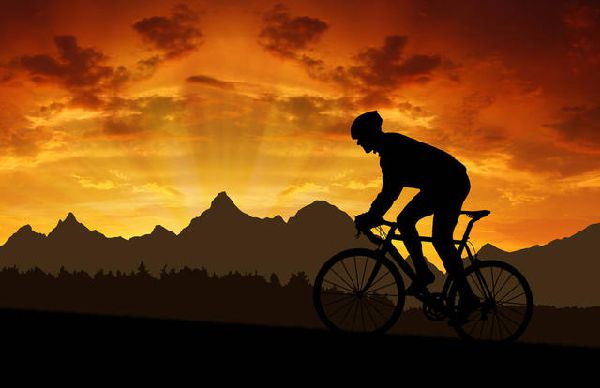 Mountain biking is a tremendous way to see the exotic sights of our country such as the ancient routes of Trans-Himalayan Traders and the rural village life of Nepal.Here you will enjoy the timeless culture and rich flora and fauna of our heritage as you explore such wonders as the Kathmandu Valley, the monuments or the temple complexes. Alternatively peddle at your own pace along some of the hidden trails to the rarely visited rural villages where you will see the warm smiles of locals living the preserved, traditional and simple life (on the verge of poverty, long forgotten in the post-industrial cultures of the world), that is the style of Nepal. 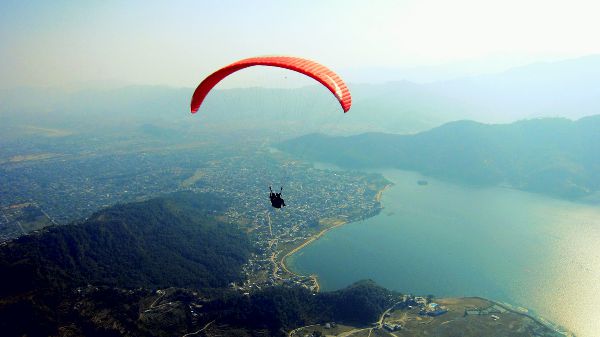 Paragliding in Nepal can be a truly wonderful and fulfilling experience for the adventure seeker. A trip will take you over some of the best scenery on earth, as you share airspace with Himalayan griffin vultures, eagles, kites and float over villages, monasteries, temples, lakes and jungle, with a fantastic view of the majestic Himalaya.You'll get memories to last a lifetime in 30 to 45 minute flight. For those who want to find out what paragliding is all about but cannot commit to 2 days of instruction, we offer tandem flights. During the flight pilot will explain what he/she is doing and allow you some hands-on control of the glider. 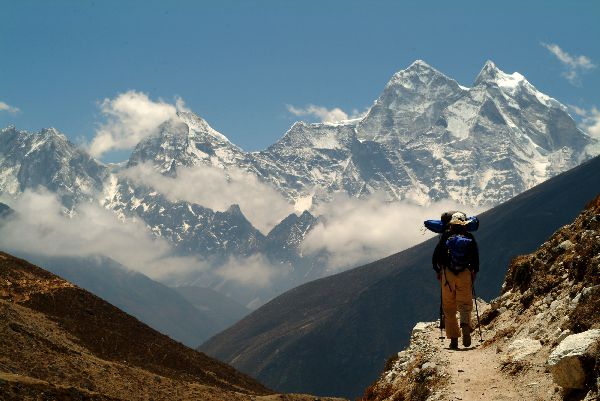 Trekking in Nepal is an all season activity. The most popular trekking seasons are spring (February – May) and Fall (September to November), but even in the summer monsoon, trekking is popular in the rain shadow regions north of the Himalayas in areas such as Mustang, Upper Manang and Dolpo. Everest Region Trekking, Annapurna Region Trekking, Langtang Region Trekking, Peak Climbing etc. are the various popular trek routes in Nepa 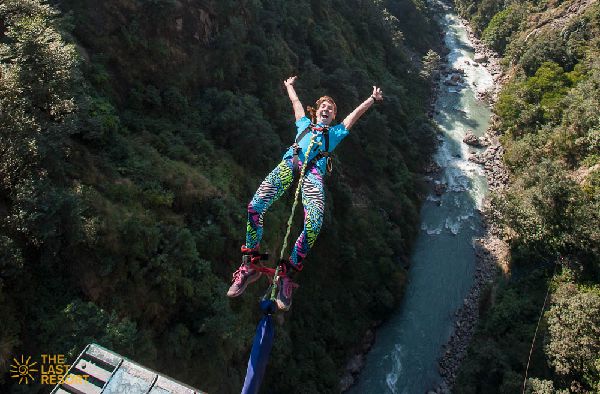 The literal meaning of ‘Bungee’ is rubber rope. Specially made rubber rope is used in this adventure activity. Nepal's first bungee jumping site is situated 160m over the wild BhoteKosi River. It is located close to the Nepal-Tibet border, a three-hour bus ride from Kathmandu. As of now, there is only one agency offering this sport. The jump, at 160m, was designed by one of New Zealand's leading bungee consultants, and is operated by some of the most experienced jump masters in the business. It's mishap-proof. The agency takes safety very seriously.

Mustang (from Tibetan Mun Tan (Wylie smon-thang) which means fertile plain) is the former Kingdom of Lo and now part of Nepal, in the north-central part of Nepal, bordering Tibet on the Central Asian plateau between the Nepalese provinces of Dolpa and Manang.To trek in Upper Mustang is a rare privilege. Here you will experience the way of life of true mountain people, who were not much in touch with the rest of Nepal for hundreds of years, and even until recent times had an officially recognized king. In many ways, a trek into Upper Mustang is similar to trekking in Tibet, as geographically it is a part of the Tibetan plateau. The district of Mustang was, until 1950, a separate kingdom within the boundaries of Nepal. The last king, the Raja of Mustang, still has his home in the ancient capital known as Lo-Manthang 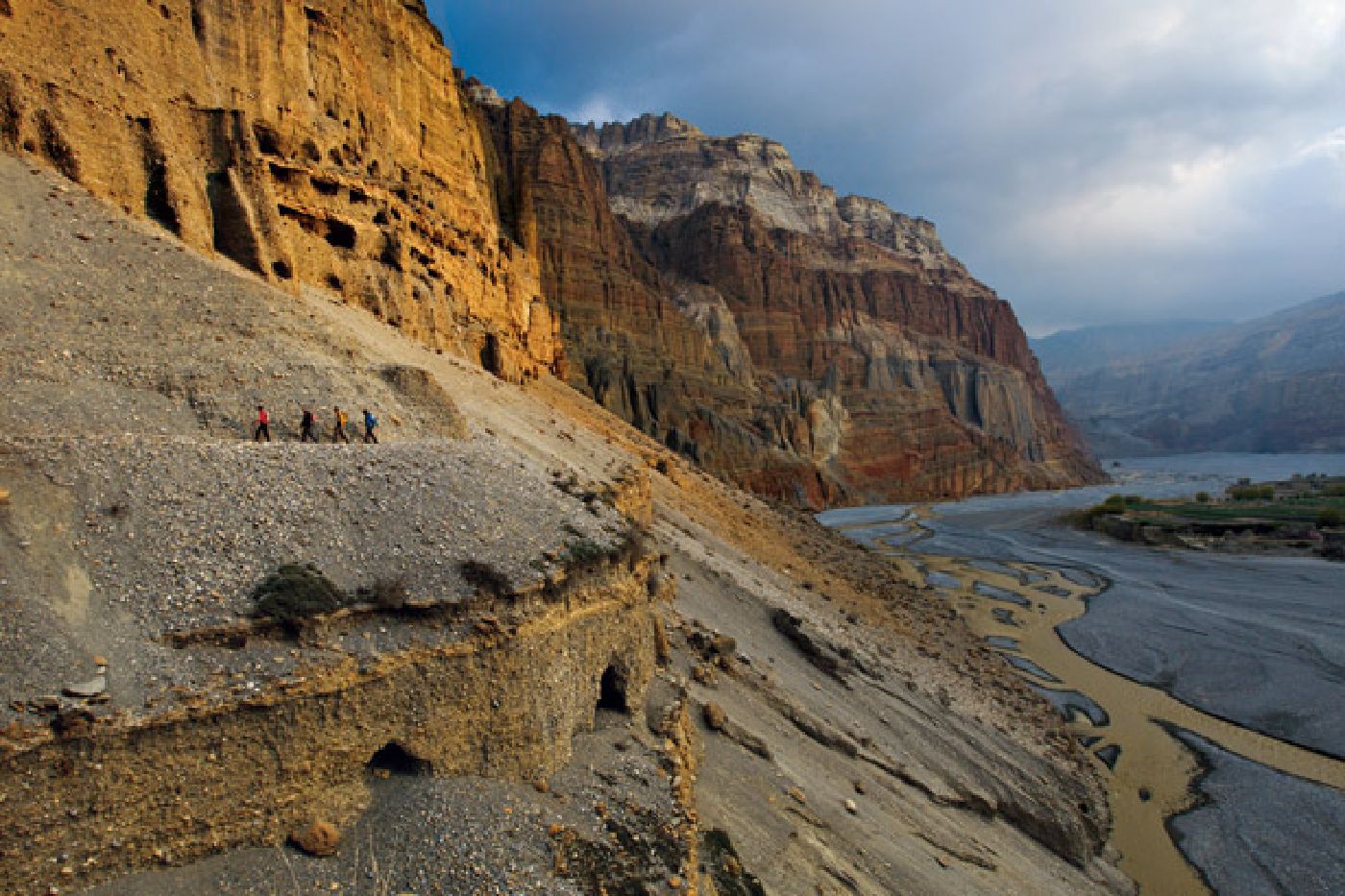 A popular activity from Kathmandu (capital of Nepal) is to take an early morning scenic mountain flight along the spine of the Himalaya for close-up views of Mt Everest and other peaks from a distance of just five nautical miles. Major airlines like Buddha Air and Yeti Airlines offer the hour-long flights and each passenger on the six- to 30-seat turbo props is guaranteed a window seat. The best time period for mountain flight is from February to April and October & November as prime time to enjoy the mountain flights. 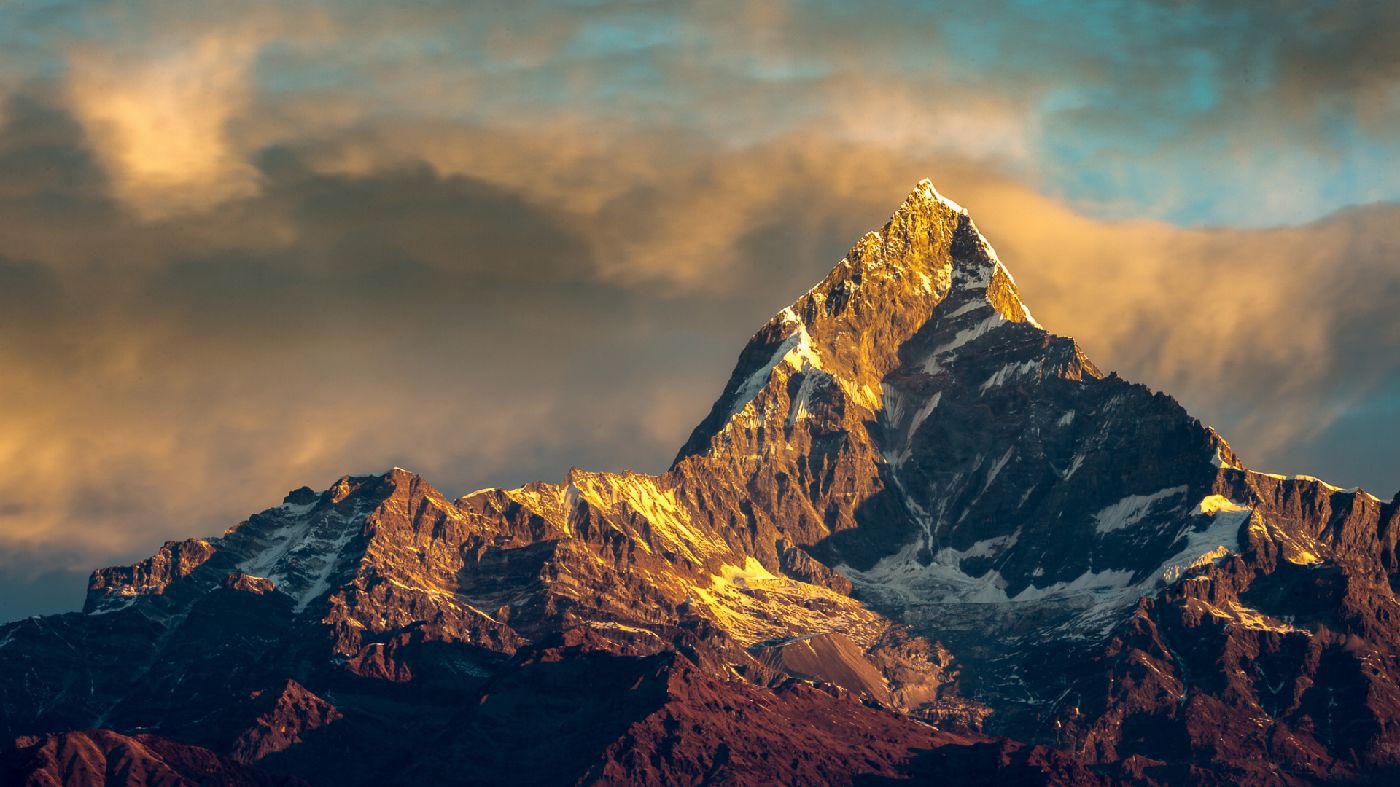